I'm sorry I haven't written in the past few weeks, I've been working on something so awesome it is taking up most of my time... but more on that later.

Back in the ninties Computer Generated Images were groundbreaking and incredibly expensive... today, they are a cheap commodity that studios and some filmmakers over use, caring little about the fact that their movies look like video games.

When done right, audiences will think its is now possible to put on screen absolutely anything our minds can imagine. When done wrong, which is unfortunately very common, the audience will just be like: how cool would this be if it actually looked real?

There's two clear examples that come to mind when thinking about the good and bad uses of CGI: 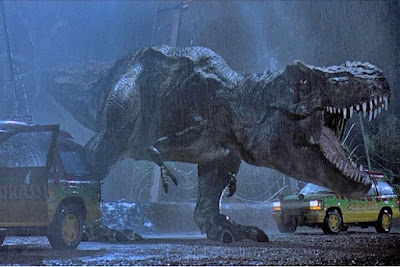 Along with "Terminator 2" this movie practically made CGI what it is today. But it did it with style. It was the carefully crafted blend between animation and practical effects that makes those dinosaurs still look real and terrifying 22 years later. They actually look WAY more real than the ones we see in the "Jurassic World" trailers. Haven't seen that movie yet, but if it looks like that, with EVERYTHING done in a computer, well.... poor Stan Winston, he must be rolling in his grave. 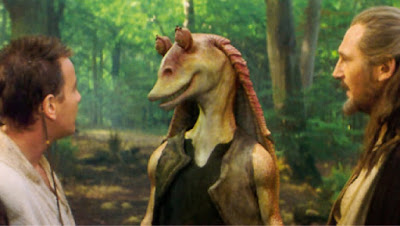 Especially on "Revenge of the Sith" George Lucas became a CGI freak, to the point of even making the chairs on a stupid computer. This movies were supposed to come with the technological innovations to be able to tell the beginning of the story... instead, it looks more fake than anything on the original movies... which are over twenty years older. Heck they even  changed entirely the way Yoda looks from one movie to the next. The good news is that by the looks of it, J.J. Abrams seems to have a much better grasp of how to do things right... so later this year "Star Wars" might finally get a worthy looking follow up.

For the high profile film makers that just don't get it... the lesson here is that CGI is only a TOOL to portray what you have envisioned. Anything that can actually be caught on camera, should.